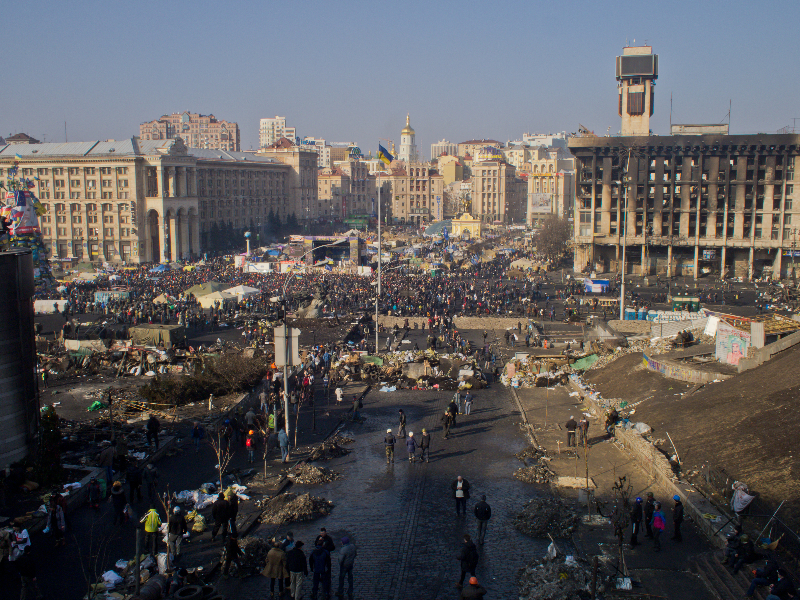 „Now that the treaty on the accession of Crimea to Russia has been signed, Ukraine is yet again facing another crucial test. In this situation, the European Samaritans demonstrate their solidarity with the population of Ukraine and wish to set a symbol for peace” says the president of SAMARITAN INTERNATIONAL, Knut Fleckenstein.

Several European Samaritan organisations had collected donations over the past few weeks. Their success is based in several comprehensive fundraising efforts that were conducted in the organisations’ respective countries, and which reached many local branches as well as individual donors, for example through ASB, ASBÖ or LSA.

This financial support allows the Ukrainian Samaritans to buy much needed supplies, such as medicine or bandages, which are also used to care for people injured on the Maidan. “Many activists who suffered gunshot wounds, burns or cuts during the riots do currently not receive adequate medical attention. The Ukrainian Samaritans (SSU) therefore intend to expand our care services and in addition tend to the wounds of about 100 badly injured people.” explains Swetlana Lewkowska, Director of SSU in Kiev. She adds “There is a lot of fear in Ukraine, as our future is still uncertain.”

„Especially now, during the crisis in Ukraine, the stable and long-standing friendship between Samaritans in East and West is clearly demonstrated. We have stood by our Ukrainian partners time and time again in the past. They will still be able to rely on the support from our strong network of Samaritan organisations in the future.” ensures Knut Fleckenstein.

The cooperation of the European Samaritans aims to sustainably build and strengthen the welfare structures and civil society in Ukraine, and through this make a contribution to the peaceful unification of Europe on the social level.