The social economy: unlocking value and productivity through social technologies

Defining the social economy is not an easy task, because it includes a large variety of stakeholders, between the private (business) and public sectors (government). It includes organizations such as cooperatives, non-profit organizations and charities. In the interpretation adopted by European Commission, Social Economy enterprises and organizations are economic and social players active in all sectors of society; they are set up to respond to people’s needs.

They are characterized principally by combining the general interest, economic performance and democratic operation. The social economy is an important resource because it tries to reach new solution for issues (social, economic or environmental) and to satisfy needs which have been inadequately fulfilled by the private or public sectors. By using solutions to achieve not-for-profit aims, a social economy has a unique role in creating a strong, sustainable, prosperous and inclusive society.

In the understanding of the European Commission the social economy is a third sector among the economies between the privates and public sectors. It is a significant portion of Europe’s economy that is not aimed at profit for inv 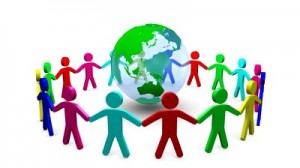 The attention to the social economy, in which the European public debate tends to include a variety of different forms of enterprise, has grown steadily. This interest, which manifests itself both at community level and in the member states, is a signal of a social and political climate in which they have gained increasing importance during the financial crisis and the recession that followed.

A new road to combine democracy and economic development.

Thanks to their specific way of doing business, which combines economic performance and democratic functioning, it is possible to achieve important objectives for the Community. This is particularly true for some areas, such as employment, social cohesion, rural development and environmental protection; all issues covered by the Europe 2020 strategy.

The European welfare systems are increasingly coming under pressure from the demographic shift societies are facing and the tightening of budgets in times of austerity.

The SAM.I members criticize that the influence of civil society organizations on economic growth and development is not considered in the appropriation of public funds, and decisions on grants to projects. The important points include the recognition, the continued sustainable operation, and the legislative and financial protection of not-profit services.

The various actors involved in the social economy sector, the social service providers, of which SAM.I forms a part, contribute to social inclusion and social cohesion, especially in times of economic and social crises.

For these reasons, SAM.I, in keeping with the SOLIDAR principles, calls upon decision-makers at EU level, in particular the European Commission, to fully recognize the social economy’s potential; to set-up a level playing field for the social economy sector; to create conditions under which the economy serves the society and the common interest instead of undermining it.

In this context, there is a growing need to promote the adoption of a regulation on a European level to deal with the fundamental rules of non-profit organizations: in particular to establish a charity law that allows member states to standardize the identities of charitable corporation. All this must be done not only through special tax regimes, but also through the promotion of national legislation on the social economy public procurement law and labor law.