On 26 January, the EU-financed SAMETS project (“Social Affairs Management in the Emergency Temporary Shelter”) held its final conference in Brussels. They presented their guidelines on working with groups with special needs in emergency shelters. 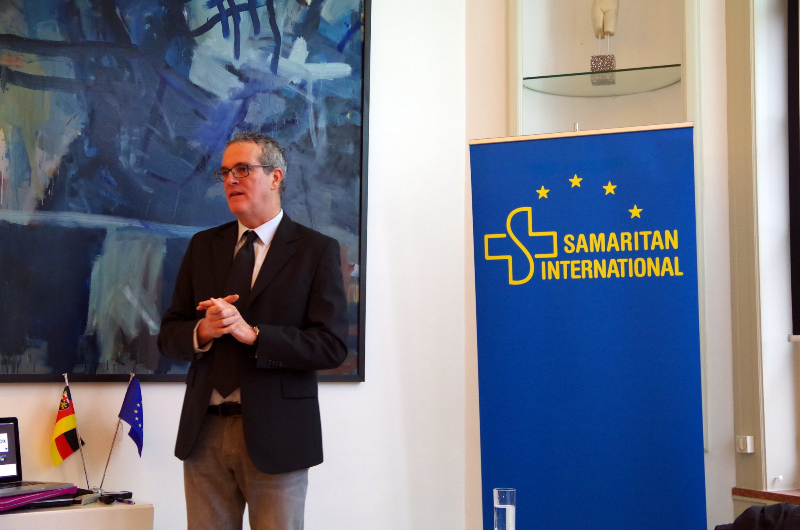 The final event of the project coordinated by ANPAS was held in Brussels, in the rooms of the representative office of the German state of Rhineland-Palatinate. ANPAS and the project partners ASB, ASBÖ, ASSR and WK worked together for over two years to improve the care for groups with special needs such as the elderly, people with disabilities, children or migrants in an emergency shelter. In a number of workshops and exercises in Austria, Germany, Italy and Slovakia, the partners consulted experts to define the special needs of their target groups and how to address them.

The result is a guideline document which is available in all languages of the participating partners. All key points on how to accommodate the specific target groups have been accumulated in a handy pocketbook, which can be used in training relief workers but also as a direct reference for volunteers working in a shelter. 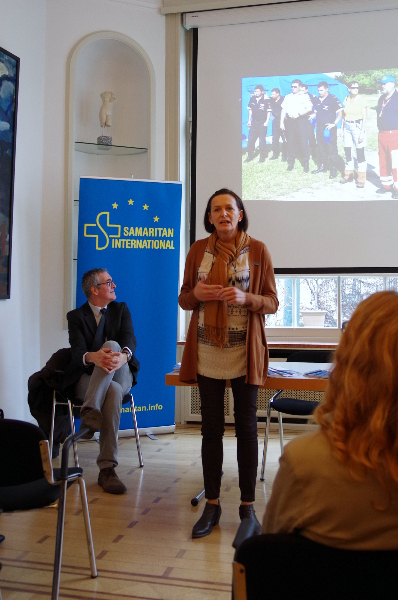 Renata Penazzi, Vice-President of SAM.I. and Director of ASSR, reports on her association’s involvement in the project.

The guidelines can now be adopted by the Samaritan organisations and other NGOs in disaster relief and humanitarian aid. The refugee crisis, which had not been foreseen in its full severity at the beginning of the project, has since made the results even more meaningful. After all, many of the challenges that vulnerable people in disaster relief shelters experience can also be found in temporary accommodation for recently arrived refugees.

The Samaritan organisations are pursuing two follow-up projects that address other aspects of the disaster relief process chain for vulnerable people. Both were also presented at the final conference. The ADAPT project aims to improve emergency evacuations of the target group, while INDRIX will develop a resilience index to assess gaps in the inclusiveness of the process chain and thus identify further potential for improvement.

Just like the follow-up projects, SAMETS was co-financed by the European Commission’s DG Humanitarian Aid and Civil Protection.